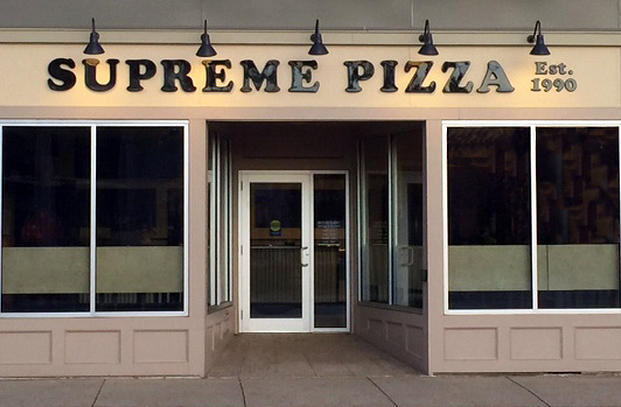 WHITMAN – After more than a year of renovations, Supreme Pizza moved into a new space at 585 Washington St., next door to its previous location.

“We’ve been growing over the years,” says George Vasvatekis, son of owner Nick Vasvatekis at the family operated restaurant. The restaurant will celebrate 25 years in May.

Nick Vasvatekis began Supreme Pizza in Whitman in 1990. It was a small storefront with five tables at the start.

But in 1995, a neighboring unit became vacant and Nick expanded his restaurant into the adjacent storefront for a 2,500-square-foot space with 50 seats.

“My brother and I basically grew up in the kitchen,” said George.

Welcome to 1620 Capital, LLC, the management entity for all of our real estate investment and management enterprises, brokerage services division [the Nikolaos Group], and the 1620 Restaurant Group. Owned and operated by the Vasvatekis family, 1620 Capital has been privately owned for nearly three decades.